Yes, thank you guys! I appreciate it very much! I hope all of you guys that don't have as much followers get many followers, too! With the 40 followers, I guess I can release the SUPER SECRET CONTEST THINGY. Unfortunately, I didn't know I would hit 40 that fast. Therefore, I'm still working on in it. And because of school, I haven't gotten any time to work on it. And the codes I still need to send to Talon N., Elijah L., and Sierra M. Guys, I'm really busy, so bare with me!

I'm thinking about giving away some Wyvern and Dragon packs for the contest surprise thing. Probably some codes. I still need to make up the dates, too. 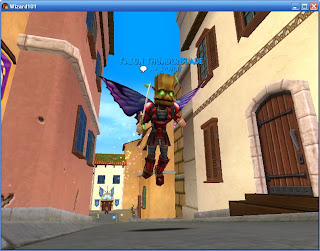 YAY! Flying! Although, when I was in the bus from school, I heard some guys asking which would you rather have: flying or teleporting? I definitely chose teleporting. I mean, it's more efficient and clearly very high-tech. Oh, that reminds me, our grade gets laptops! We get to carry them throughout the whole day! Woo!!!! KI has a released a new video: teleporters!
I don't own this video.
Now who wants churros! ﻿Do you remeber my skyrocketed page views? Well, it maybe the Strong Sorcerer, Sean Dragonflame. Here's what he said:
The Strong Sorcerer said...
It might have been me actually because i was viewing your blog when my computer messed up and made about 65 pages all of your blog.
So now we know.
Well, you know school, not posting often. Don't worry though! I like school though.
Shelby Rose: Nike, Addidas, Champion, and Reebok competed in a foot race. Nike and Champion tied because Nike means "victory" and champion, well, he's the champ.
See you in the Spiral!-Thunderblade
Inscribed by Talon Thunderblade at 10:47 PM