I'm a little fairy, fast and swift. Here are my wings, here is my lift

I'm a little fairy, fast and swift.
Here are my wings, here is my lift.

When I'm all flying, I'll give you a gift.
Just ask nicely, and give me a drift! 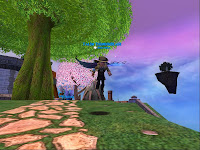 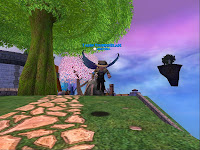 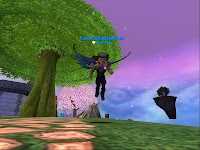 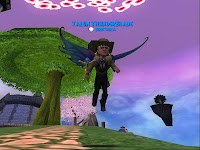 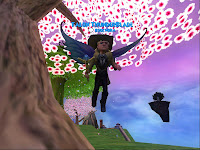 Hey, look! Heroic Picture of the Day!
Wow, I just improvised and composed that. What do you think of that teapot parody? You know, it looks like a slow motion moving picture to me. The costume you see me in is he 11th Doctor! Except the fairy wings of course. My hat is a stetson instead of a fez. Hopefully, the future world Mirage will come out and bring fezzes to the Spiral. 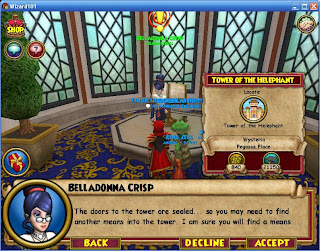 Well enough about fairies, I'm here to tell you about my first run of Tower of Helephant. My crew was one fire, one storm, and two balance. Guess who the storm was. Mark Stormhunter of the Elementalists! This day was actually just before our party. And only lord knows how hard this was! Everyone on our team died at least 7 times! KI, you put up a great challenge. The tower is seven levels long. The first battle took extrememly long.
You can see from the XP it gives, 21,150! I don't really understand this concept. If we're legendaries, and we can't any more XP, why gives XP? Unless, a new world comes out, and there's a level cap. But I we know that the next world has to provide more XP so we can level up to "x", where "x" equals the level cap. Sure, some wizards would rather complete this on a higher level then do other quests that are quite vexing. I'm not those wizards.
The first level of the tower contained a cute pig soldier, two strips of bacon, and a well cooked rare steak.
Sounds like brunch. Not really. The severe brunch was a harsh die-for-leviathan. We had no guides, just us and our brains. No traps and no fizzles. The boss will remove trap asap. And if you fizzle, which the steak put a smokescreen on you, he will skeletalize you with skeletal dragon. Nasty. A diviner is much needed in this tower. Why? The ever so Storm Lord powns with his cracks of aoe bolt. The two strips of bacon were first eaten, I mean defeated. The scrumptious steak was devoured second. Finally, the cute pig soldier was shocked with a zap by Levy, short for Leviathan. Maybe it was a Lord. I don't remember. 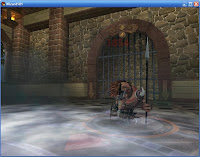 Why did that sound so much as if I was starving and eating. Oh wait, I was. I guess in game experiences may be influenced by real life events. Cool.
During the middle level, there was a maze. It was very similar to the books Choose Your Adventure. You choose a path, which leads to path, and into another, which may lead to success or complete devastating peril. We accidentally chose the devastating peril. I forgot what were the monster though. More levels pass through, and we got to the last level, or so we thought. It's called the Tower of Helephant, right? Well here it/he is: 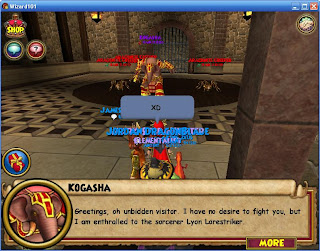 Thankfully, no cheats. Only the first and last level has cheats. 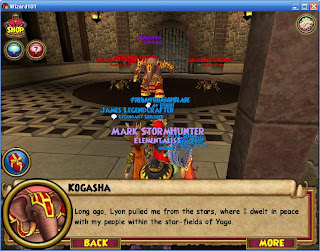 You came from the stars? Star-fields of Yago? A new world? Hmm... Very interesting. 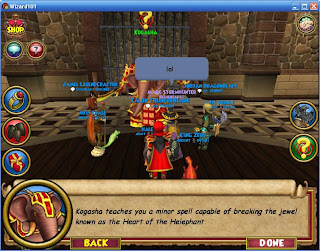 After we beat him, he teaches us a spell. 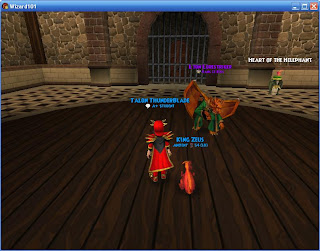 And the sorcerer Lyon comes forth. I can't believe I got this close to Lyon. Why can't I just take Heart of the Helephant? Can't I just bargain with you, Mr. Lorestriker?
We did at least 4 times on this battle. One of our sorcerers bailed out. His cheat is hard to describe. Lyon "welcomes" more of his friends to join the "party" one by one. Then you Storm Lord or aoe them once they all come out. The minions have 1,500 health and is the school of myth. The boss has 21,950. You can't put traps. And if you heal over time (HoT), while all minoin spots are filled, he will blizzard you. So no spritely. :(
That's how annoying this boss is. We died again and again, it was such a pity. This dungeon IS harder than Waterworks. So I guess that's it for this post. And please don't remember to check and follow Smart n Heroic Timelords! We'd be grateful if you added it to your blog rolls! Thanks!
Shelby Rose: A pocket full of sunshine was handed to Leonardo da Vinci so he could spread the happiness.
See you in the Spiral!-Thunderblade
﻿
Inscribed by Talon Thunderblade at 10:18 AM