Ravenwood is to Merle Ambrose as Pigswick is to Belladonna Crisp

So everyone knows about the new world Wysteria, right? Yeah, you're probably thinking that I'm slow in news terms. I would have posted this, but I got interrupted by a couple times with the previous posts. I logged immediately as I heard the news that it was on test realm. *waits* Finally! I'm also glad that this world has brought back our beloved friend Edward Lifegem back to the Spiral. :) Thanks, KI! In fact, I saw him the other day. 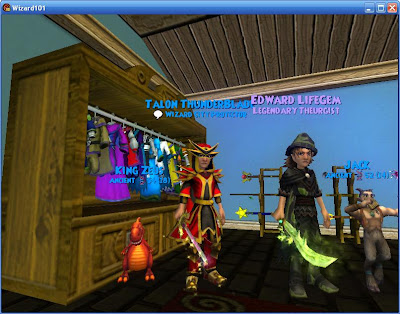 Yep, our theurgy friend has returned! Welcome back, Edaward! 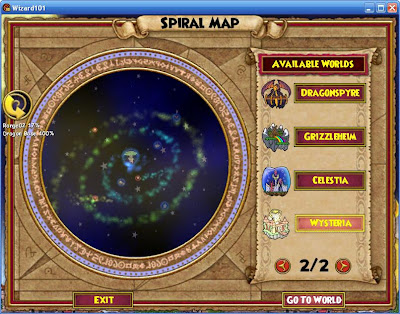 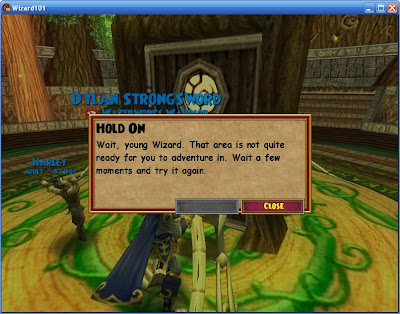 Awwwww.....really!! I waited sooooo long. WARNING: EVERYTHING BEYOND THIS POINT ARE SPOILERS!!!! DON'T LOOK AT THE PICTURES IF YOU DON'T WANT TO BE SPOILED!!! 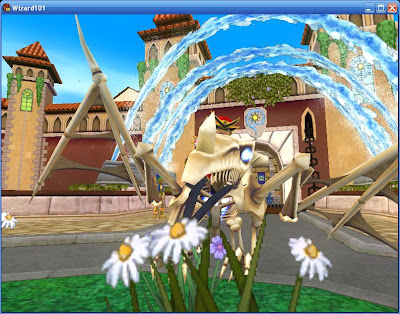 Once I got there, my dragon had a some daisies for an appetizers, but it regurgitated it out. (It doesn't have a stomach.)
I really like that water jetting out above me. Although, I was kinda sad that there is no level cap nor is it a main world. I think KI just dropped this world for an excuse. No offenese, but that's my thoughts. But then again, it's really cool, and lot of wizards love it. They even say they want to transfer to Pigswick Academy permentantly. But Victoria Spiritblossom doesn't mind if it is a main world or not because there are bunnies (and bowties.) And the new dungeon that was harder than Waterworks were neither of my guesses. The dungeon is a tower, and it's called Tower of Helephant. I mean it can't be THAT hard could it? I guess that I have to complete it then. 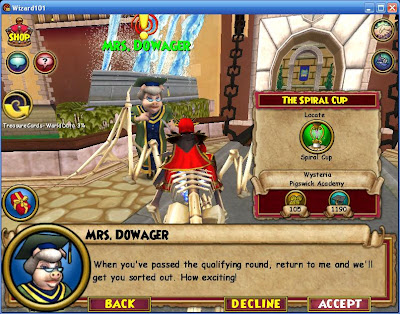 So the first quest in Wysteria is this, finding a cup. 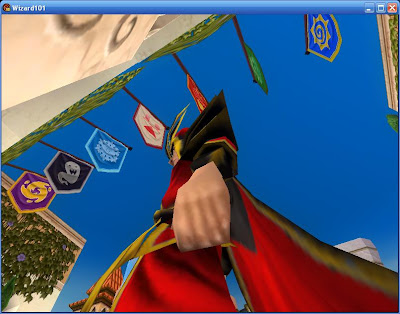 As I ventured through, I noticed the classes. Storm, death, ice, balance, fire, and life? Nope. Well, they're quite relative. 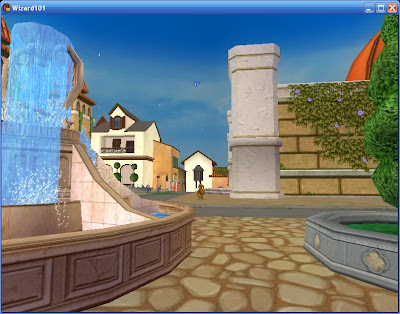 And this is a really great view. 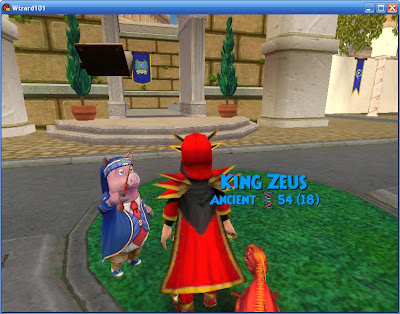 Wingardium Leviosa! I pig in a tie/HP oufit? I think this world has really gotten itself to the world of Harry Potter. I am glad KI has bursted this world for our laughs and inspiration! There are tons of similarities with this world and Harry Potter. For instance, the school: Pigswick. Isn't that very close to Hogwarts? And that outift that pig is wearing. -_- So I'm finding the Spiral Cup right? I find this hall of portraits: 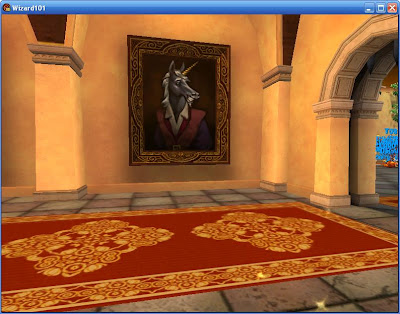 Let's see here, Diego's dad or is it Diego himself? I'm pretty sure it's Diego. 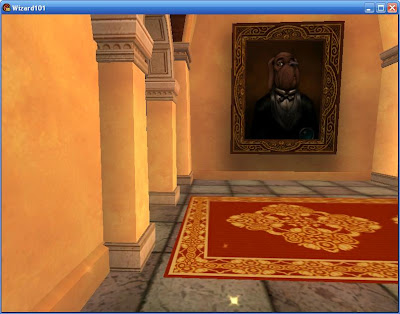 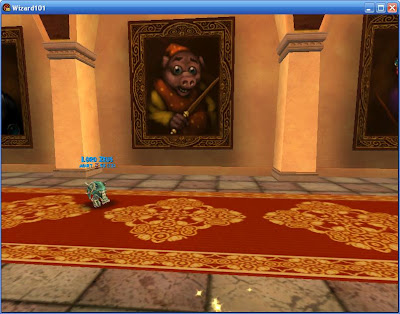 Piggy hold a wand and gawking at you. Even that oni is afraid of that piggy. 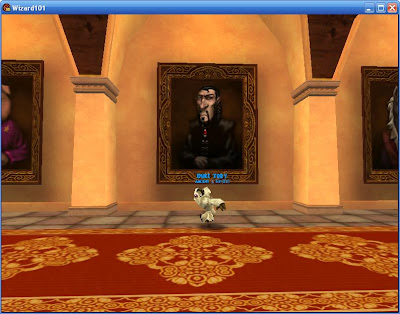 Oh wow! Malistiare undoubtfully! That Cloud Beast is practicing the butterfly for some reason. 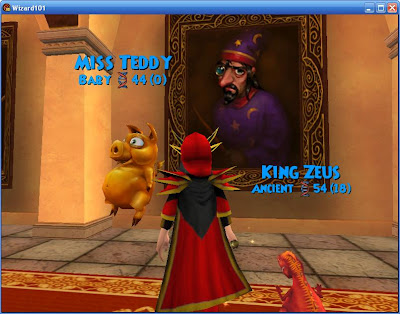 I think this is Merle Ambrose younger verison. He still has his monocle. 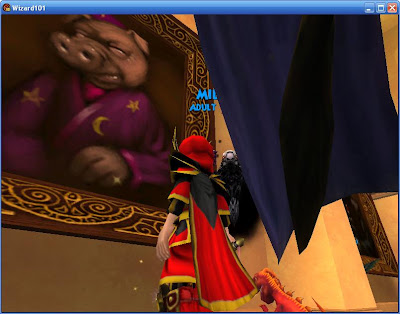 This little piggy is in a formal wizard robe, but I can't tell what he's doing. 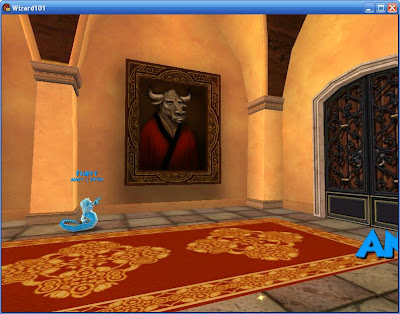 Look's like old Bessie is yawning. Oops, sorry, did I just call you Bessie? My apologies, Bes, er... I mean, Wizard Cow. That ice wyvern is waving a peace sign at him. Maybe he's just a regular MS NPC. 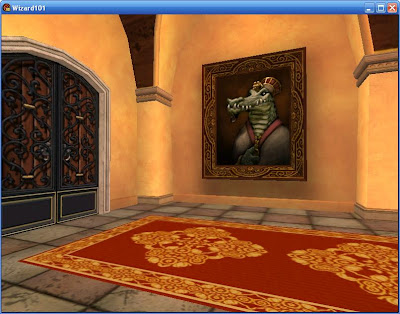 Last, but not least, in my opinion, I think this frail dude is Alhazred. He looks very youthful at this stage. 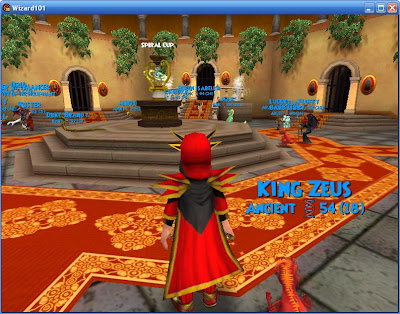 I wish this was my house. It would be cool if it was. This place reminds of Delfino Square in Mario Cart lol and somewhat France. 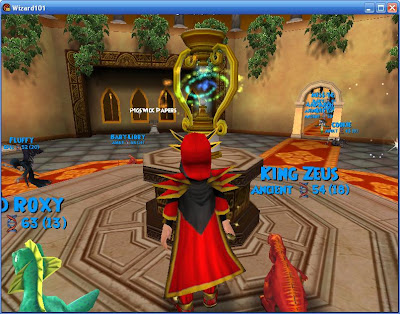 The Spiral Cup! Reminds of the Triwizard Tournament Cup.
Well, I'm not going to complete this world in test realm because I don't want the live realm to be a pain. I'd rather just wait and let it flow. I'm not sure about you guys who completed in 3 hours, but I would just take your time lol. You made it through the end of the blog post with those exhilarating pictures. Oh and W101 Central is 3 years old.
Shelby Rose: Victoria would like to ignore the Maltese driving the station wagon and the British guards in the tree.
See you in Wysteria Test Realm!-Thunderblade
Inscribed by Talon Thunderblade at 12:28 AM