Superior Judging over the Tower in Marleybone

Hello, again! I decided to level up my death alt, Superior aka Cody Dragonrider. Hence the name, I have a huge collection of dragonic merchandise. From the title, I have gotten back on track with my death alt. I have been soloing a lot with this guy. So one day, I logged on to Cody. I was at the bazaar. I pressed the letter "x" to sell. As I pressed it, I saw Sierra Moondust! You know Sierra right? I was like, how is the name highlighted blue instead of purple? Oh, because this is on my alt! I could not believe the odds of this event! I immediately exit out the buy screen and said hi. And obviously told her I was Talon's alt character. We added each other and started talking.

The next day, she helped me defeat KT mob battles because my battles are so slow (on death alt Cody). Thanks to Sierra, I was off to Grand Arena to exterminate pesky bosses there. That ended that day. Yesterday, I completed the dreaded Vault of Ice on Cody. I was quite terrified because it was mostly inhabited by death creatures. I bit the bullet and just broke that wall of ice through on level 22. (No pun intended.) I guess what now what is left in Krokopshinx is Emperor's Retreat. At least I won't be putting death prisms in my deck this time. 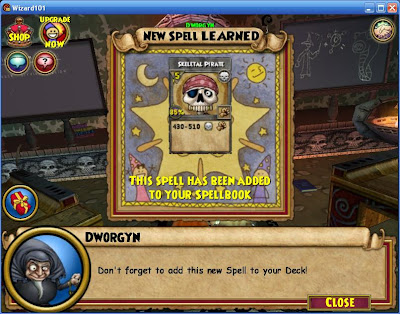 In the process of leveling, I got this one-eyed skeletalized pirate. 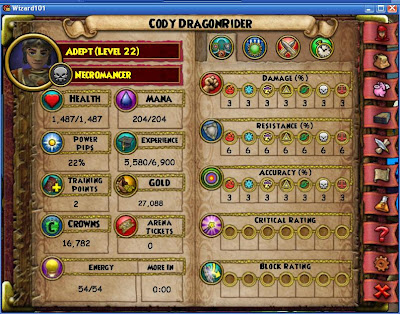 Here are his current stats. What do you think? Oh and that "Judging" in the title is this: 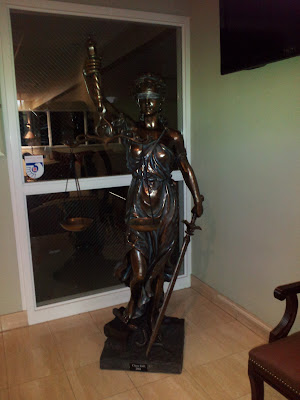 Lady Judge! It resembles justice and order! It's also very ironic that Sierra is balance, and I found this (judging me). 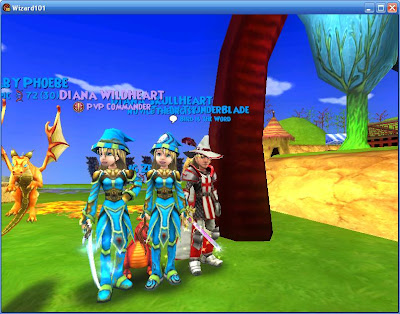 So after completing Vault, I went back to Talon, and I saw two Diana's. Seeing double?  Well, she's an alt af the real Diana. Quite confusuing. Then I went to the bazaar, and I always keep clashing into this: 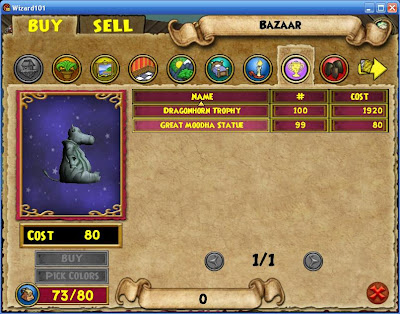 What the heckhound? I don't have crowns and it cost 80... 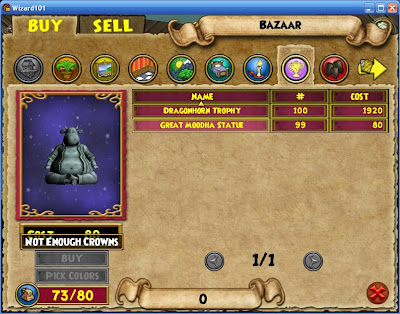 ﻿crowns?!?! Why the glitches?
Ok, so today. I met up with Shelby Rose. You know, that dedication at each end of the post. Well she said her friend wanted to do the Warehouse. And I decided and told my brain, "Hey, let's pick up that line and get some rust out of my brain!" But I had to do the Dragonspyre area part of the quest. 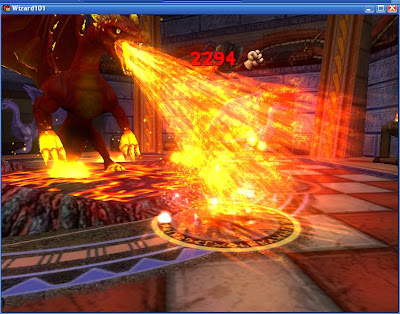 Easy. Talk with Balestrom, I recovered this "glyph." 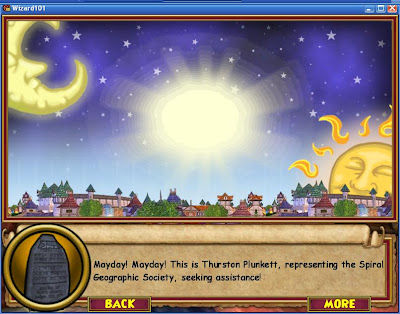 Fill up a potion, and we head into the unknown. The whole thing was quite easy until the last boss, Estrakir Gloomthorn. He was the demon in this because I couldn't put fire prism on him! Ugh. I was just getting all flashy and sparkly. Eventually we beat it. 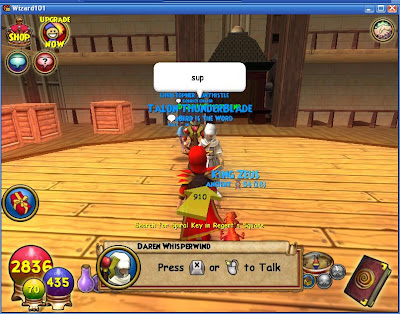 Yeah, I said "Sup" to Darren before the epic fight. 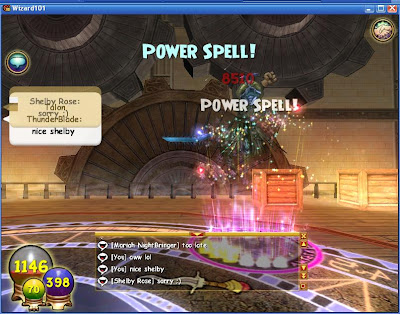 Hey, look at that, POWER SPELL! Eh, not really, I got myself killed by a Triton. 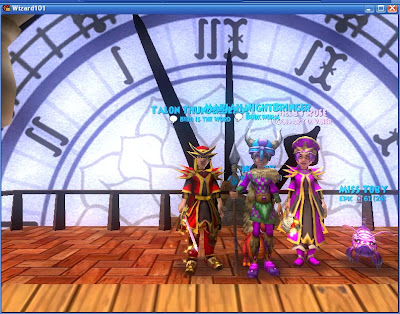 Heroic Picture of the Day: The top of the Warehouse with Talon Thunderblade, Mariah Nightbringer, Shelby Rose, and Christopher Sunthistle. (Christopher is not shown.) 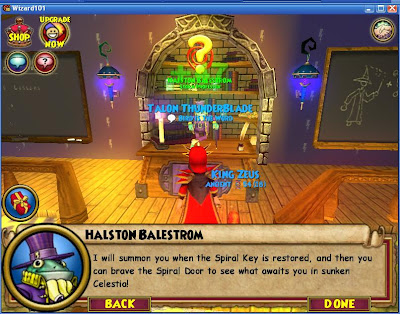 So we finally put a rest to the beginning of Morganthe's wrath.
I'm always wondering about new worlds. What could KI/Morganthe plan next? I'm thinking of a jungle/tropical pirate world where you can disguise as a pirate and raid there ship and collect their "loot" and/or a space world where we finally get to face Morganthe and meet more of the Celestians. Speaking of theory-crafting, the Ravenwood Bulletin August has been released! There will be a challenge for wizards level 25 +  and a dungeon harder than Waterworks. I mean it can't be THAT hard, could it? If it is, I'll be able to break more ice. Can't wait. I'm thinking that the dungeon harder than Waterworks is either the second Briskbreeze in KT or a new pre-quest for a new world! Who knows the endless possiblities?! Check out Cassandra Hexthorn's theory-crafting here and the Ravenwood Bulletin August here. I hope you enjoyed this awesome post!
Shelby Rose: Pie, salad, chicken, ham. sardine, mac n cheese, pineapple flavored ice cream was utterly disgusting.
See you in the Spiral!-Thunderblade
﻿
Inscribed by Talon Thunderblade at 12:42 AM