GUESS WHAT!
TALON THUNDERBLADE IS NOW

I can't believe he just gives it to you after one craft quest. 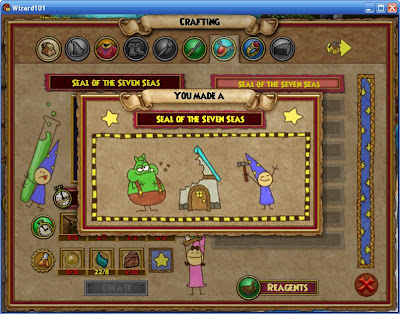 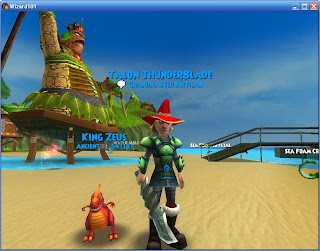 Heroic Picture of the Day: Finally received Grandmaster Artisan status
After couple months of rumaging and searching for pearls, I finally crafted the Seal of Seven Seas. The thing that was the hardest to obtain were golden pearls. The best way to get that is either realm-hopping in the portico for pearls to transmute or snipe golden pearls and pearls in the bazaar. Then today, I found literally about 38 pearls in the bazaar. You can also transmute 10 black lotus to make a pearl, which I did. I already had 7 golden pearls, and with the transmuted pearls, I had the requirements to create that amulet.

Well, um, speaking of badges, I sought through with determination and also got the badge "Napoleon Complex". It's quite unique...

Reminds of me of Napoleon Dynamite and Napoleon Bonaparte. 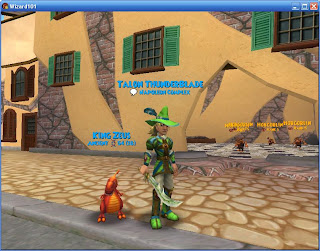 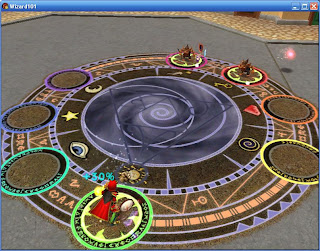 I also found a glitch that the ring was not highlighted. 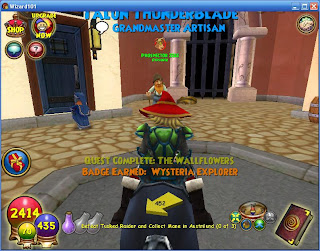 And I got the Wysteria Explorer badge actually that day, but I found all the wallflowers on the first day, I just didn't turn in the quest till now.
So 3 badges in a day. Impressive.
SO FAR in Zafarica...
I actually haven't been there yet.
A.  because I don't want it to be a spoil
B.  it will bore me in Live Realm, doing the same things again
C.  didnt' buy crowns/sub
I'd rather wait,  just work at my own pace, and simply have fun.
Shelby Rose: Composition notebooks looked nerve-racking when I was a young boy.
See you in the Spiral!-Thunderblade
Inscribed by Talon Thunderblade at 1:18 AM