Hello, wizzies! Let's get down to Part 2 of Depths of Death. Remeber, Deaths of Death is a segement of Superior (Cody), venturing through the ponderous Crab Alley. You know, you can just skip to the end of this post rather than scanning through these pictures. I mean, you can if you want. As some of you readers know, I've been saying things like: "I love mac n cheese!", "I want salad.", or "I like pie." I know it is random, but you see, I can be more random than that, although, there are more people more random than me... But that's another story. /sighs/ Pictures...

I stir up some tea and crumpets for His majesty. 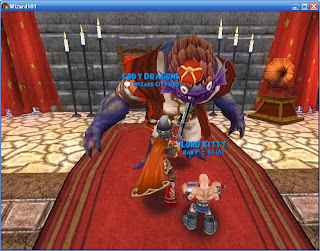 I stick up a sword for His majesty similar to how Harry penetrates the roof of the Basilisk's mouth.

Point of fact: you actually can't say "nom nom nom" in Wizard101, but you can say "nomnom nomnom".


Why didn't you share with me King Therm, er, I mean King Amadeo? 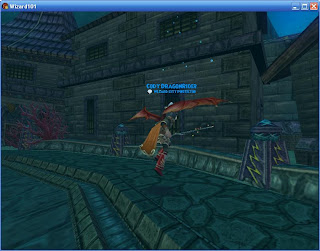 It's so cramp here... Resdents of Crab Alley really should get an agent that specializes in...getting cramped areas...not cramped. 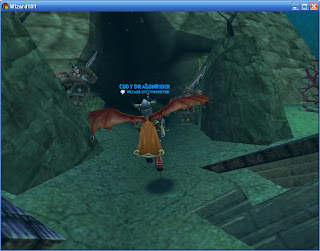 Ah, the breach to Deep Warrens. Step aside, uptight scarlet crabs. Cody "Superior" Dragonrider coming through! I hear you have some problems? 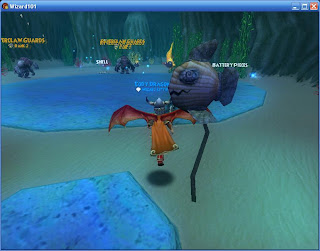 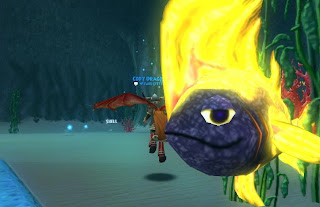 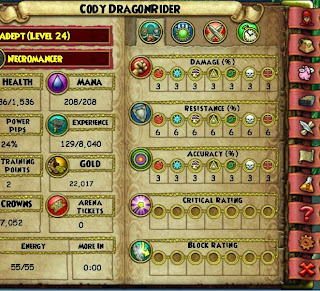 After, lighting up the school of fish, I leveled up!
Here are the stats. 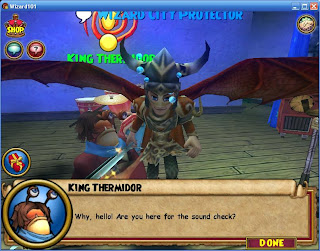 To me, King Thermidor is like the Justin Bieber of the Crustcean environment of the Spiral. And no, I'm not here for the sound check. I'm here to save your sorry...

...electric guitar and keyboard! Thermidor, may I please play Break Your Heart or Higher on piano? PLEASE?? This is also the Heroic Picture of the Day! Thank you Bartolomeo Cristofori! (He's credit in making of the piano.)
Drums and saxophone! Book me a tour bus! 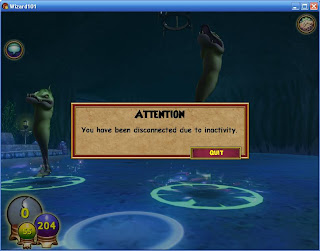 Ack! I got disconnected and died in the middle of a battle. Notice that the Telluric Eel is striving for the worms hooked onto the anchor...
It ended there because of the disconnection. In fact, most of my adventures end in disconnections. Peculiar.
Before I end today's blog post, I would like to give a shoutout to these following blogs because I think a couple page views more then regularly can make a difference:
Sierra Moondust
Wizard Philosophy101
Hilarious Thaumaturge
A Pyromancer's Say
Balanced Blizzard
It would be nice if you could drop by their by blog and tour around there. Other than that, Mark Stormhunter of the Elementalists and I are hosting a party on Saturday. Remember: Storm Tower Port Bus. Wu realm/area 1. 7 mountain, 8 central, and 9 eastern. We are celebrating our 30 followers mark. Arrive 15 earlier. I wanna see lots you, my friends, and readers. Please attend if possible.

I hope the party will be somewhat at least a success. :) Do what Uncle Sam says. Victoria and I are busting off of our chairs to get our A+Student badge. Hurry up, KI!
Shelby Rose: Speaker Matthias has halted you to go to the classical era of the Silurian Fair of Elasticity.
See you in the Spiral!-Thunderblade
Inscribed by Talon Thunderblade at 12:39 AM