Yeah, I'm at school XD. We get our own laptops though! O.O
There are so many glitches I would like to share with you today. I don't know how I keep getting them, but it's they can be very weird or funny, maybe even neither of them. Well, here we go. I also need to get some computer storage cleared. >_< 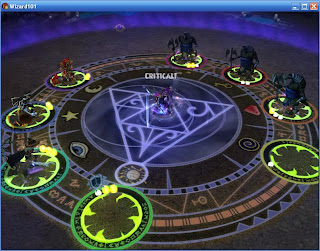 Elijah Stormheart round house kicks nothing! While we just look at him mindlessly. 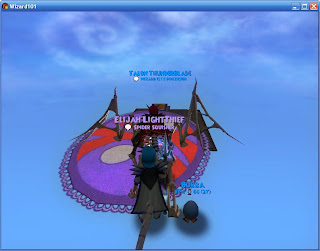 Elijah here is all dark in the back. 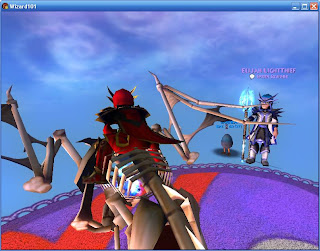 But in the front, he's not shady. He's light (thief).
Also we're high up above on the summit of Elijah's Massive Fantasy Palace. 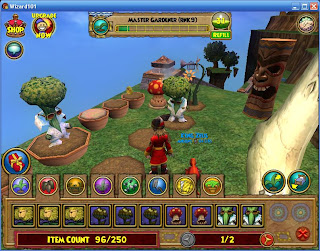 This was way back in March when I was trying to get my Grandmaster Gardener badge, but I had a hard time to get there because of this glitch: next level would go back to level one novice. I had to work up my way again and again, until KI updated and removed this glitch, but I was already the highest rank of gardening by then. /sighs/ (I got to Grandmaster Gardener at the end of April.)

Now these are rug bugging, not glitches. 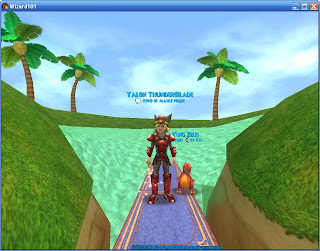 This here is in the Sultan's Palace, high up in the waterfall 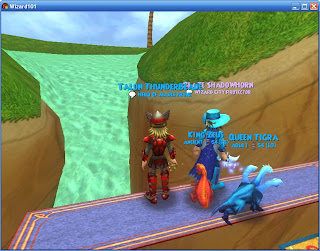 Thanks to Blaze's rug bugging skills, of course. 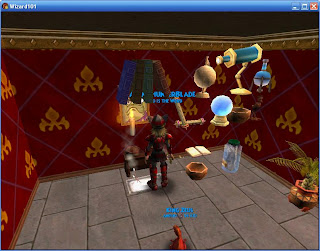 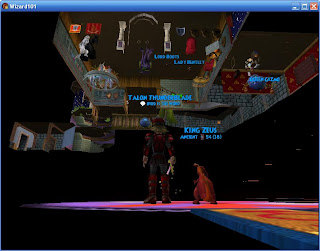 This was took under the MFP by this awesome rug glitching. The images above and under by the same owner. The owner of this is Blaze's brother's friend's house. 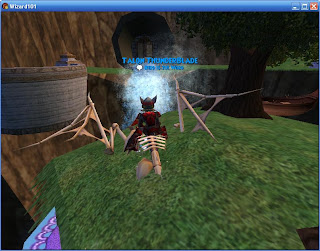 Hey, the tree is accessible if you can rug bug it. /sighs/ So many glitches.
Well, um sorry for the short post. Also, I will be gone from today to Monday due to a vacation. So no w101. But maybe some blogging. As you some of you know, Blogger now has a new interface. I personally think that it's ok because it's easily more compatible, but too enlarged. I like this current version though. What do you guys think?