Yeppers, the test realm is up. Not much though... Let's take a look. 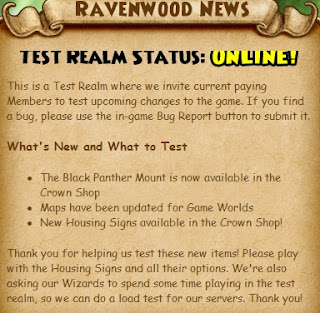 ﻿
-I still haven't used my Blank Panther 15 day rental. XD Guess I'll be using that on my alt. I can't believe they started from a magazine code, a code to the public, and now it's in the crown shop! In fact, it's only 5000 crowns. Sweet. Very cheap :)
-Updated maps for game worlds. Um, KI, there isn't much updated here. Why? They are exactly the same as it was before except Celestia and Grizzleheim. They just added some labels here and there.
-Housing Signs! I really like the variety KI put up. Now I bought one, but I apparently I didn't take a screenshot of it. Although, here are the prices. I bought one MB one. I think I'm going to buy two of each, maybe? 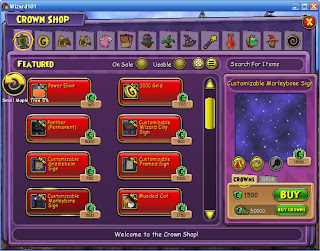 Now, I REALLY like this feature KI added, the ability to place things on the flooded areas in the Sunken Palace. I like it how the water is clear when setting the housing item. 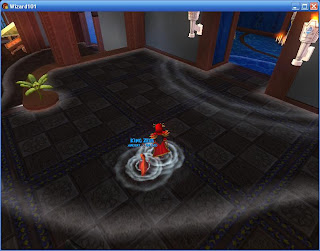 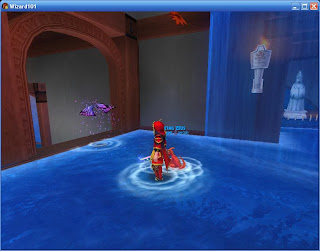 And back to blue when exiting out of the housing menu.
And due to this, I wanted to add some pets to my SP. So I went to my MFP to gather them...from my attic where you can find "backpack" as well as "house". You all heard that when you put the golden piggle (received from a quest Wysteria) in your house and look over that near the attic tab, it turns to a zombie piggle, right? I went somewhat beyond that... 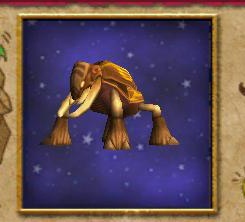 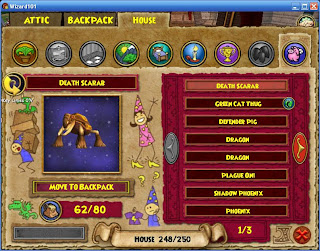 because it is a DEATH scarab with it's base color! You can somehow get these by going through your attic at the house tab. Because these are base colors, you discover much more than this. So keep exploring! 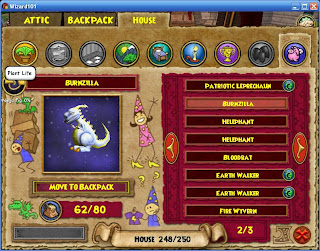 Peculiar. The only school that can have a stormzilla is Storm. 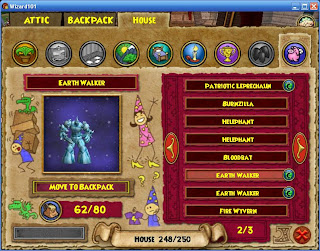 Same as above. The only school that has this pet is Ice. I obtained this via Earthwalker. 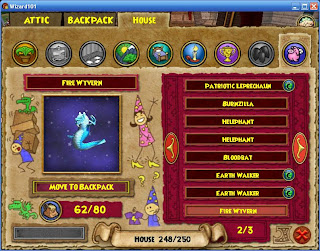 I can only capture an ice wyvern by shared bank, but since I don't have a 55+ Thaumaturge. 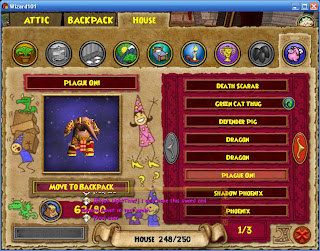 Now originally it would Plague Oni. Ah, but since the base is a helephant, it stuck with helephant. You see, I think this event is a dye error. Due to... I don't know, I really don't. I may be wrong though. Who knows?
I wish I owned all these pets. Well the helephant, besides him (because I already have multiple ones).
Interestingly enough, I learned how to make root beer float. No, not root beer floats, but making root beer float, as in levitation. I forgot how because it was a while ago, but I would like to go back into experimenting that. Here's a pic. 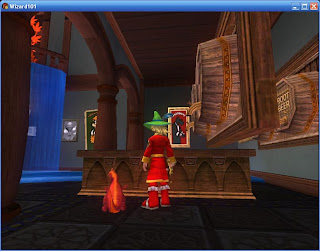 It's late. /yawns/ So good night, unless you are reading this in the morning.
Shelby Rose: Scarlet vending machines collided for a losing streak at the Baker's Dozens Skeeball.
See you in the Spiral!-Thunderblade
Inscribed by Talon Thunderblade at 12:35 AM