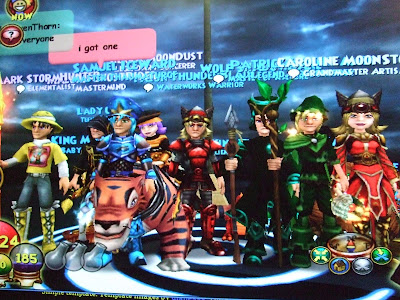 Most of the people who attended 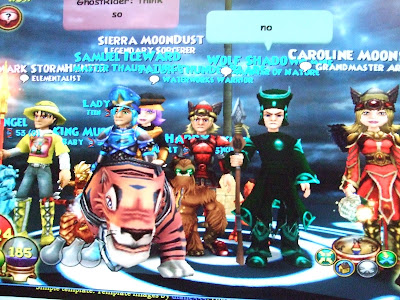 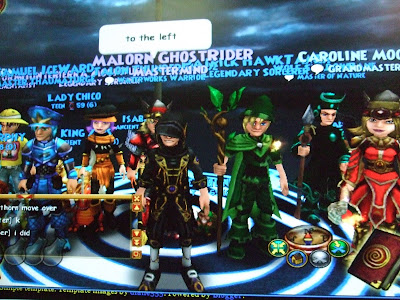 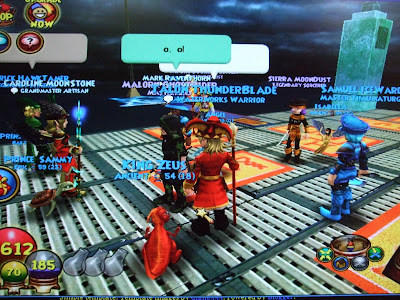 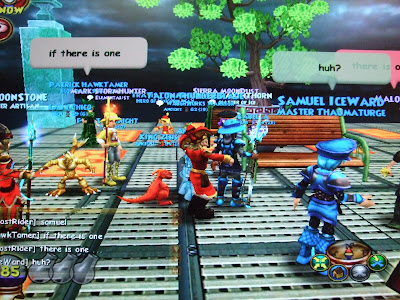 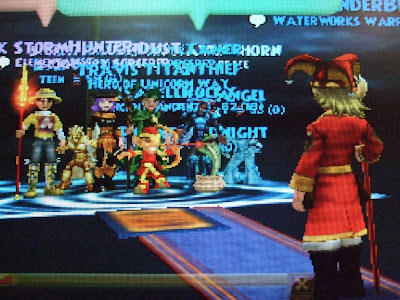 Winners of the Costume Contest: Sierra Moondust 1st, Patrick Hawktamer, 2nd
Mark Stormhunter and Mark Raventhorn were the judges.
And yes that is my costume, it is supposed to be "The Fiery Pyromancer" (Friendly Necromancer look alike)
But I am The Heroic Pyromancer. 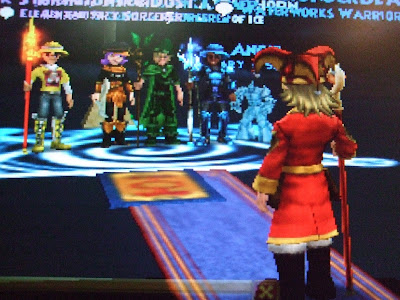 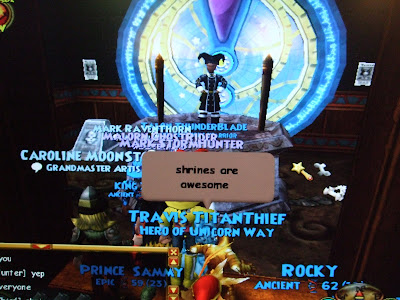 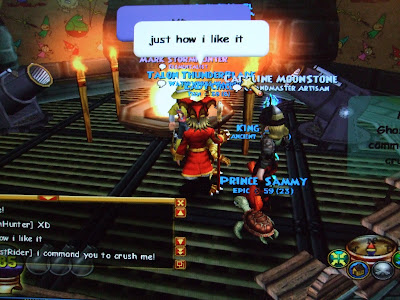 The first PvP was a 2v2; Sierra and Talon (me) vs. Mark and Mark. lol So it was a balance fire vs. storm ice
In other words, Sierra and  I won! Thanks, Sierra! Check out her blog: http://www.sierra-of-the-spiral.blogspot.com/

I won 2 battles, but lost 2 of them :(
In conclusion, look like a noob. Why? Underestimation. Also don't talk! Hope this helps!

In Wtt...
I completed Austrilund. It was easy, nothing else said. Vestrilund was next. So I called in my good friend Jennifer Starhaven. She heped me with a couple bosses. Then she ported and needed to help another friend of hers. I had a bunch more bosses left. I scrolled down my friend list if anyone was available to help, but everyone was busy. What to do, what to do? Buy henchmen to help? Nope, I soloed the bosses. (remember, I didn't use henchmen , treasure cards, or minion) Man, these bosses had health ranging from 5,000 to 7,500. I forgot how much fun soloing was. I used to solo a lot in Mooshu. Until Dragonspyre came around the corner. I stopped soloing right there. After DS, I was in Celestia because of their mountains of health. I didn't dare solo anything in Celestia (except the mobs). I was just trying to get used DS. So, now in Wtt, I just Fireblade, pass or shield, and Fire Dragon. Well, off to Sudrilund. Speaking of Sudrilund, I can get my lvl 55 spell Power Link. I can't wait for my Phoenix pet! I just need to complete Sudrliund, Nordilund, then Nastrond.


Shelby Rose: "The pie named Pi was swimming in the Red Sea, and it liked to eat bread pudding when swimming the backstroke."
See you in the Spiral!-Thunderblade
Inscribed by Talon Thunderblade at 4:06 PM