Ok, so the other day, I did a Kensington Park run with Aaron Starheart (Epic Thaumaturge) and Mark Stormhunter ( The Elementalists). We had so much fun there! We really wanted the exclusive Seraph pet and or the rare Cello furniture. None of us got it. At least we finished it in an epic heroic way. Also! Since I am The Heroic Pyromancer, and Aaron is The Epic Thaumaturge, what should Mark be called? I decided on "Mega". Mark somewhat liked it. I read on his blog and saw some of them: devious, deadly. That was all. Please comment for suggestions on Mark's name! (I'm thinking of devious though.) 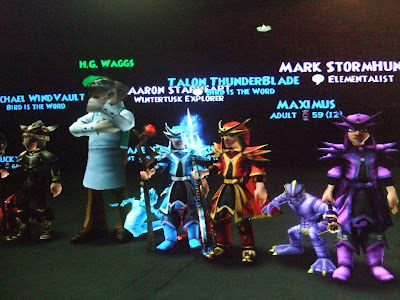 Me and the crew. Michael Windvault came at the last second. 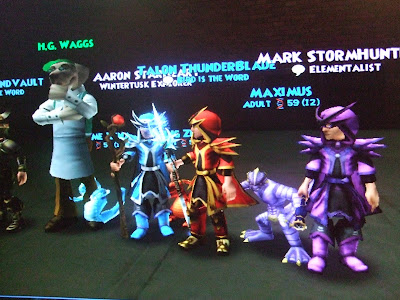 Mark and I look at Aaron suspciously.
After the run, Aaron really wanted to see Mark's Airship house because he missed his party. So we went there. Aaron was amazed, for me, it was just an aftermath. 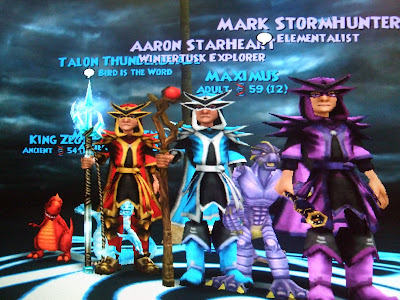 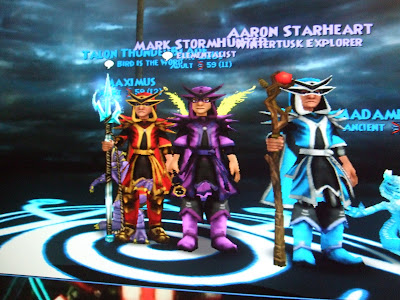 Creator in the middle and apparently, Mark grew some fire wings! And I got a Kraken stuck to my leg.
Malorn Ghostrider's party! Right, then. Let's see.. who was there... 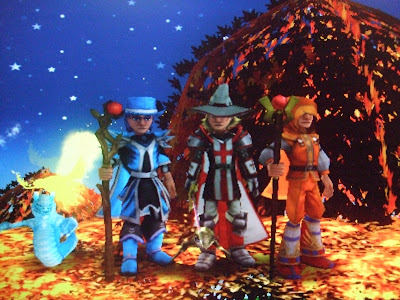 So that's Epic, Heroic, and my bro Valdus Dragonhammer. 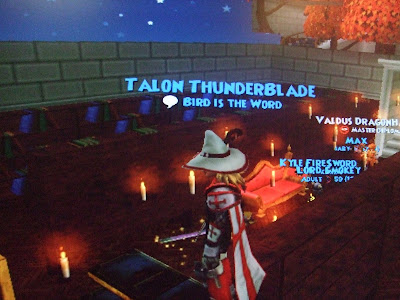 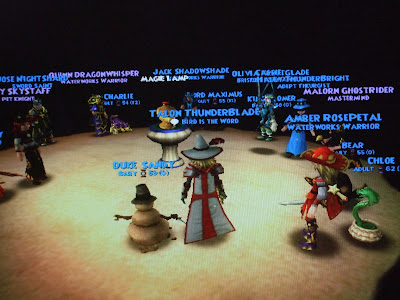 This is Blaze Shadowhorn's Sultans Palace. I met a couple of famous wizzies here: Bailey Skystaff, Amber Rosepetal, Quinn Dragonwhisper. Well actually, Quinn, I met him at Malorn Ghostrider's party. And yes, Bailey is my friend. Speaking of friends, I bought an Evil Sandman because I'm a pet collector. I named it Duke Sandy. Thanks, Blaze! 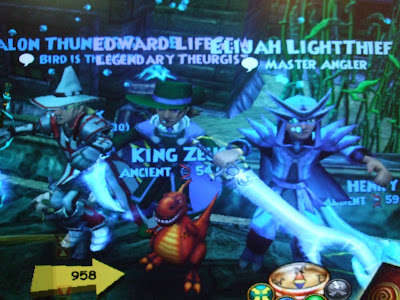 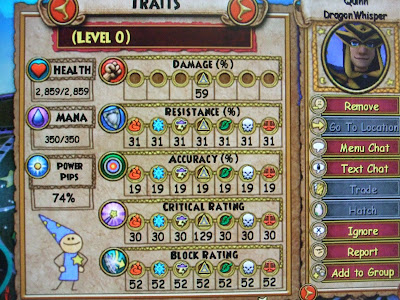 Level 0! Wow, I've never seen this before! Everything else normal though. Well that's it, until next time!
Shelby Rose: I drank some milk and talked in cow, but sounded like a frog!
See you in the Spiral!-Thunderblade﻿
Inscribed by Talon Thunderblade at 10:11 PM