So far on Superior Cody Dragonrider's adventures in MooShu...


Cody has been venturing through Hametsu Village and Tatakai Outpost. And recenetly, he has completed the Crimson Field...solo. Yes, the journey of soloing bosses has so far been successful. 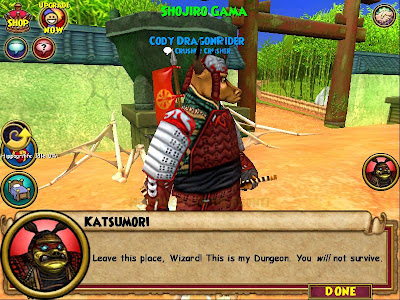 Honestly, Katsumori looks ugly, but cool at the same time. 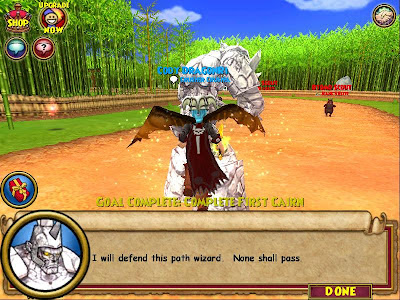 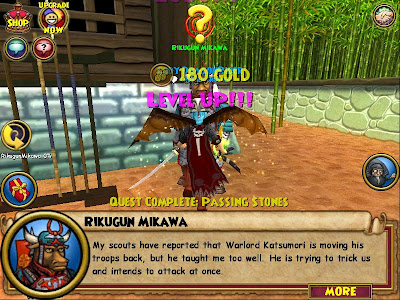 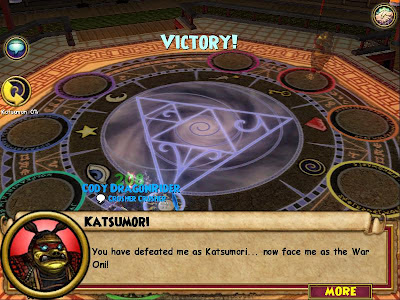 You see, the warlords Katsumori, Ideyoshi, and Kagemoosha are possessed by the demon Oni's, so they're actaully good. 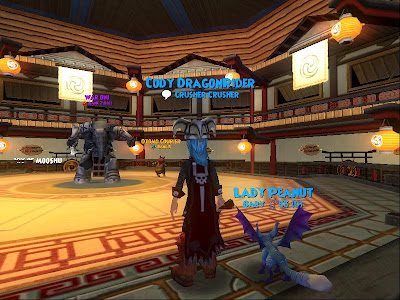 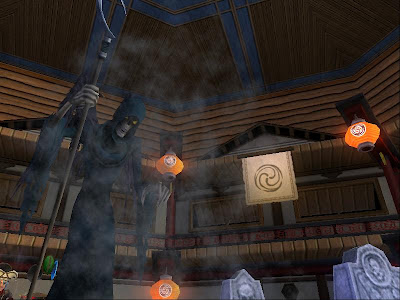 Now I AM level 39, meaning I could not possibly play a Wraith card, but I did play the Wraith Treasure Card. 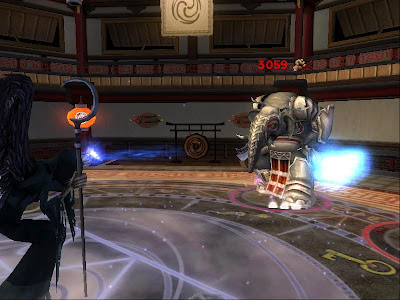 And it does a whooping 3,000 damage.
I foudn the Mooshu book in War's dwellings really interesting. 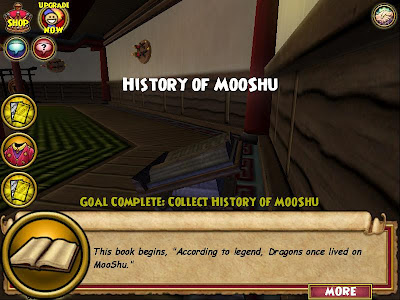 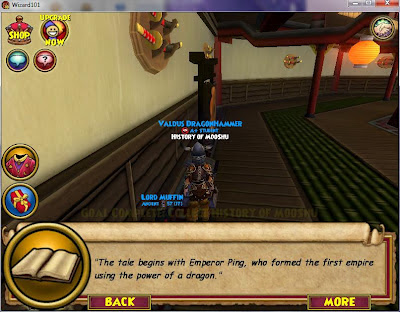 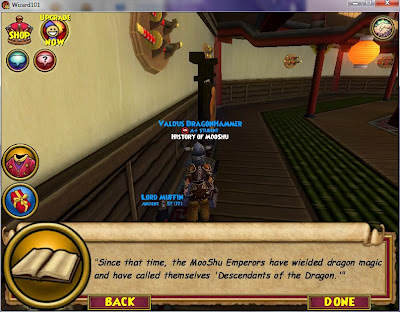 That makes me wonder why there aren't any dragons in MooShu.... Have they all migrated to Dragonspyre..?
After that, I continue towards Cave of Solitude. Therere I meet Anthony Darkthief, who apparently was working on the same quest as me. From that point on, we became good friends. Coincidentally, he was soloing bosses as well. Despite the fact that he did need help for Meowarity and a henchman for Dr. Katzenstein, it is a great accomplishment. Anthony is a necromancer, just like me. 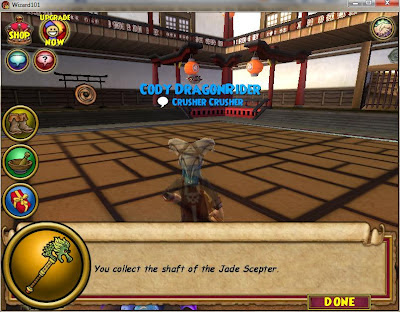 I collect the shaft. 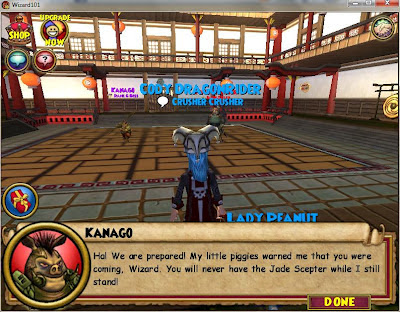 Oh, I remember Kanago! I even remember his class! I think it's because I drew him while I was beating him with my fire wizard... 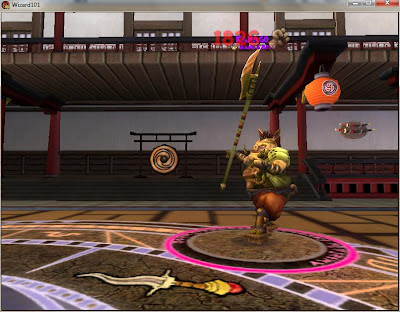 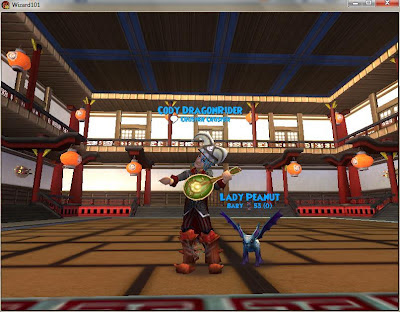 I think that deserves a Heroic Picture of the Day: Cody playing a riff to you. 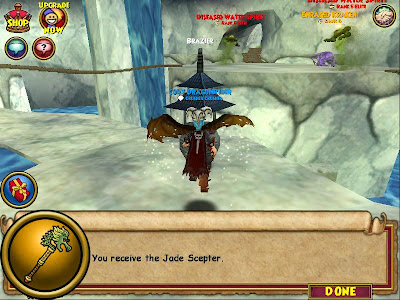 I receive the other half. 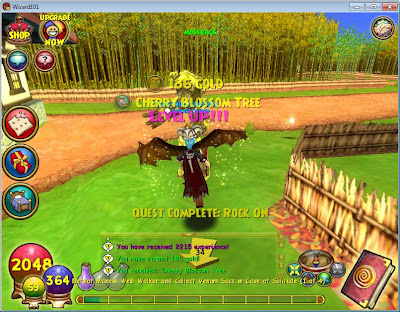 And I level up to 39! Just one more level to wear that hat...
Well, I guess this wraps another edition of Heroic Pyromancer! And I hope you guys are ready for school because I've been rapciously, anxiously waiting for it :)!
Shelby Rose: Pilot is to airplane as Pirate is to ship.
See you in the Spiral!-Thunderblade
Inscribed by Talon Thunderblade at 12:42 PM No comments:

TALON THUNDERBLADE, THE HEROIC PYROMANCER, IS BACK. Wow! It feels great to be back to the blogogsphere and the Sprial.
It's been such a long time since I posted and logged onto Wizard.

...And you're probably wondering why I haven't been on.


My computer crashed two months ago.


But I just got a new laptop so... yippy!
I will now officially be back to write posts and play Wizard!

Anyway, I've been quite busy this summer. I've been reading, playing....a quite lot of piano, listening to lots of music, walking, volunteering, and going to places. I did watch the London 2012 Olympics, loved it. I've been hearing news like new bundle cards, Pirate101 beta codes (I didn't get one >.<), and that new Avalon pack. You know, through the past year of Wizard101, it has really changed. I mean, there has been so many additives since... Zafaria. Just so many things have been added and changed. If not the world Zafaria, Avalon must have changed the game by more than a few hairs.

But for now, I shall spend some a voluminous time on Wizard.
I'm really glad to be back, guys.

Shelby Rose: Walk the plank!
See you in the Spiral!-Thunderblade

Inscribed by Talon Thunderblade at 8:33 AM 4 comments: