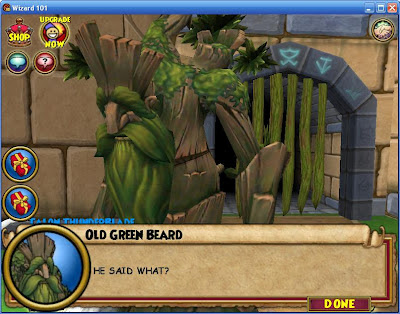 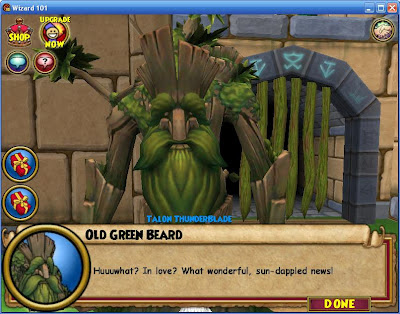 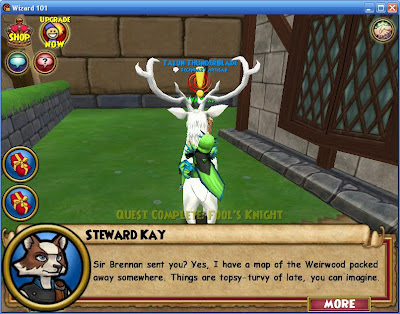 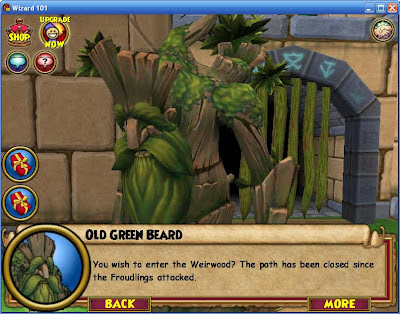 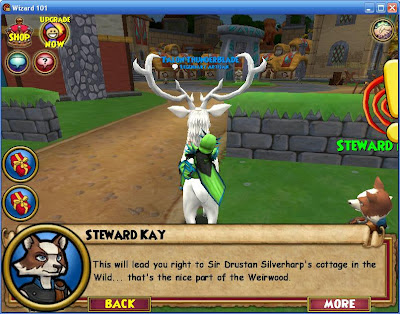 Avalon talks about Weirwood a lot. Is it implying that it might be the next world? It also says there's a cottage in the Wild.... We can expect the nice part of Weirwood to look like the Wild..

But over at central http://www.wizard101central.com/forums/showthread.php?t=275749, the Wild is Weirwood, a forest.

Anyway, I finally meet the weasel/fox dude with the watermelon lute. 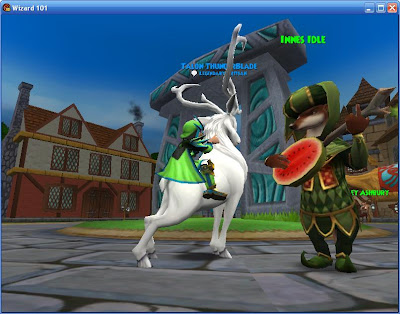 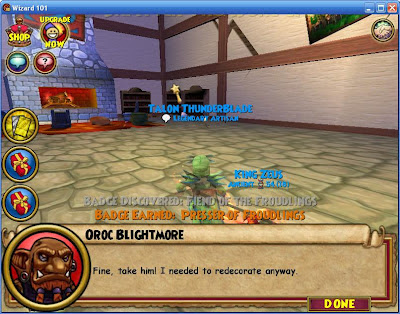 I get the badge "Presser of Froudlings". 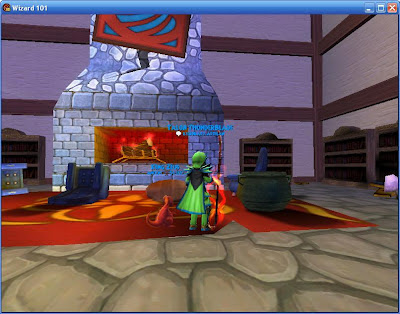 And an earthquake shakes some things up. 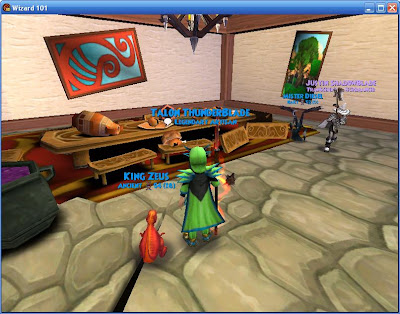 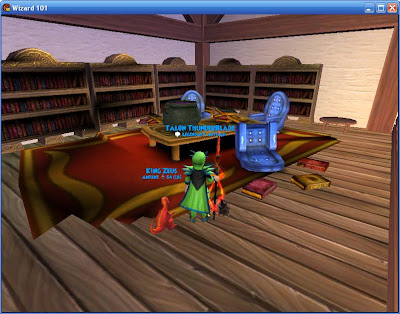 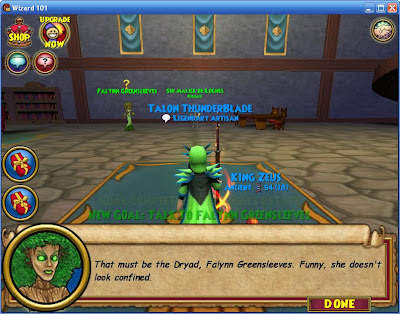 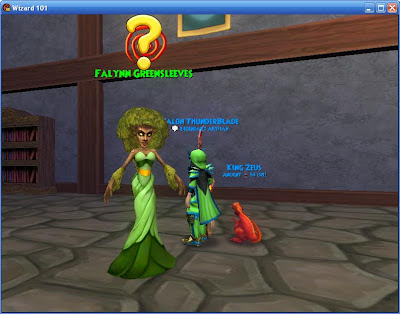 This dryad isn't like the spell, regardless of height. 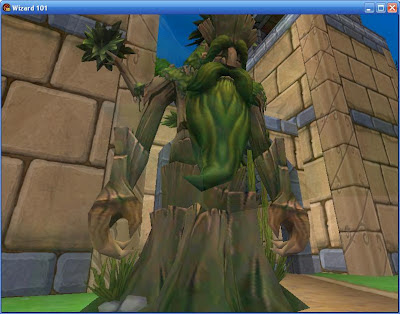 That's it for now readers.Gotta go.

Shelby Rose: Time management is the key to almost anything.
See you in the Spiral!-Thunderblade
Inscribed by Talon Thunderblade at 9:29 PM