Now, I've been done with Zafaria for almost a month, and I didn't post anything about it.

It's because of the business... again.

It seems that every blogger has those times, where there just so busy, and they just don't post for a long time.
...So why don't I blog about my completion of Zafaria?


Right, where did I leave off?
Oh... The Elephant Graveyard! I'm in the gauntlet. 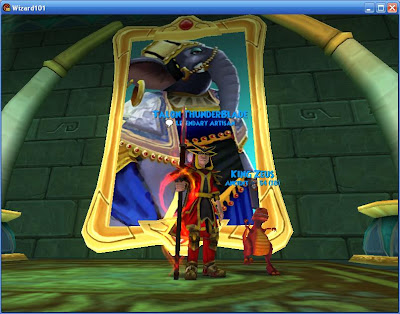 That's a beautiful painting of the queen. 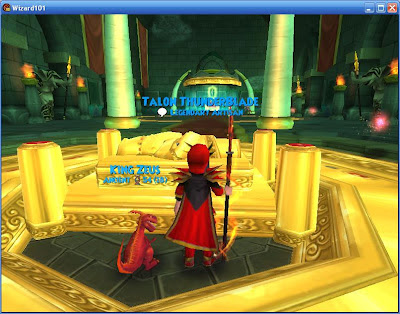 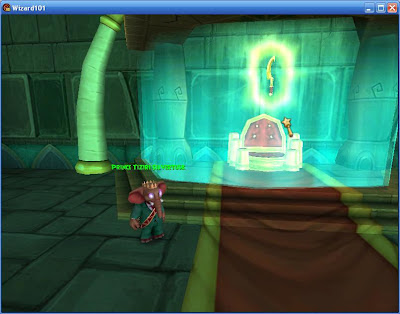 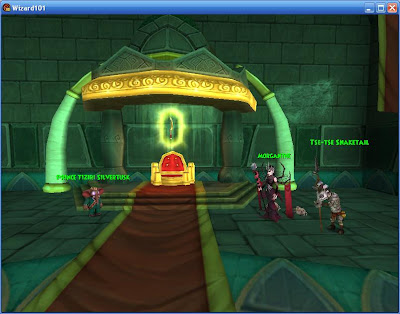 Ope, there's Morganthe up to her old scheme's again. 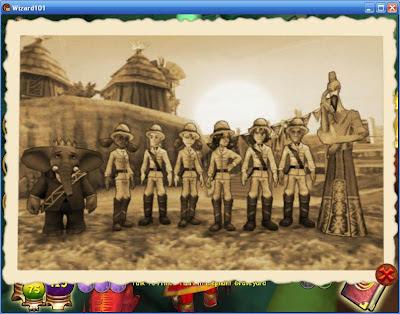 After the battle, I complete the field trip picture.

And now, I have to complete the Mirror Lake, according to Inyanga. I thank Elijah Lightthief for helping me on this instance. 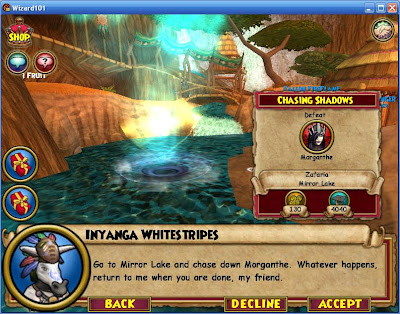 But what if I don't return safely? 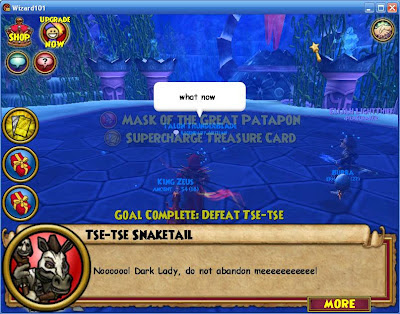 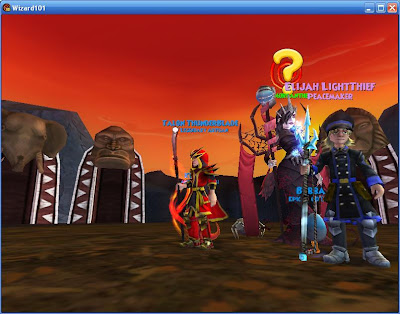 That's the closest you'll ever get with Morganthe. 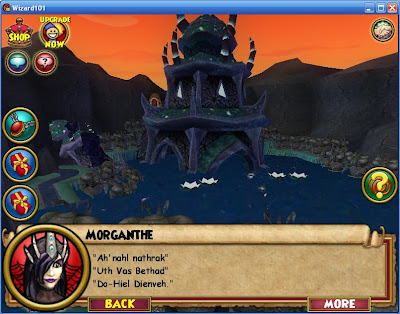 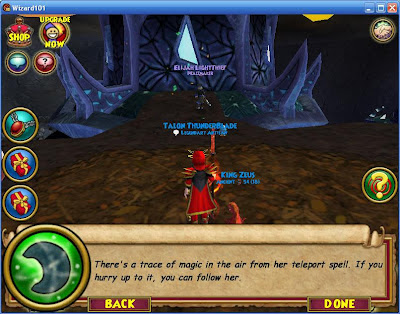 THERE'S A TRACE OF MAGIC IN THE AIR 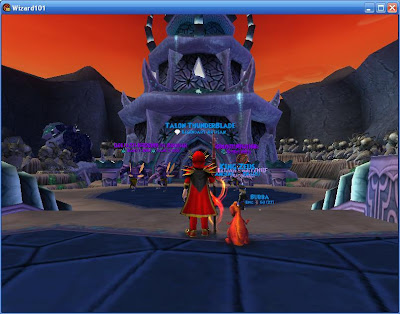 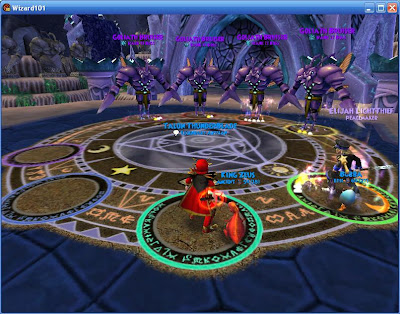 It's so funny how they all are hoisted in the air hunched over. I died like three times in this battle. 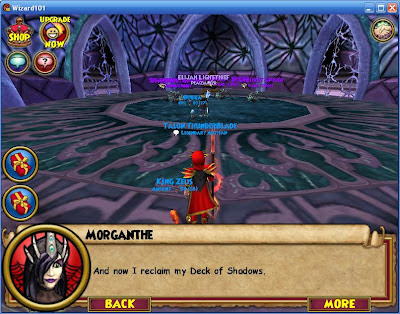 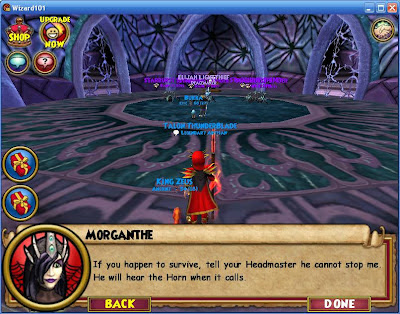 The horn will call. 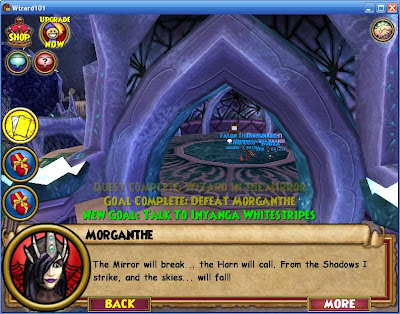 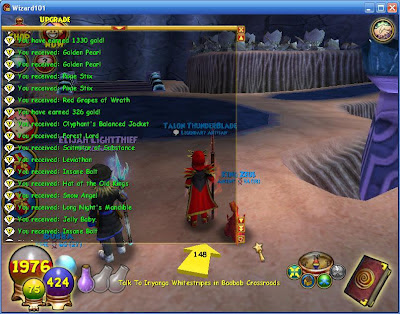 Look how much I got from that battle! Thanks Elijah! 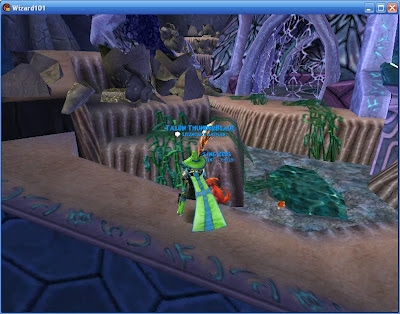 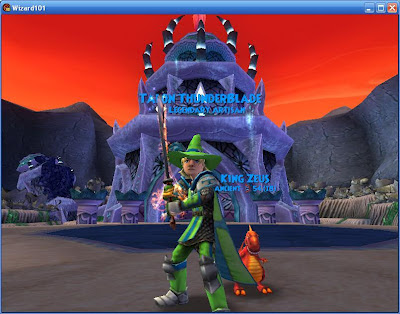 Just an cool tower design. Heroic Picture of the Day.

Then I return to Inyanga... 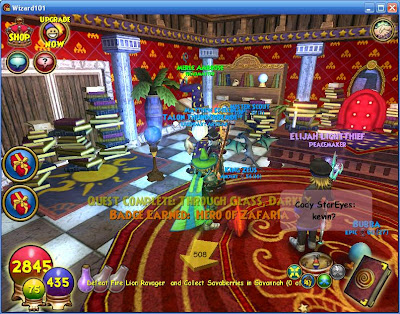 And I'm Hero of Zafaria. :D

I have heard of Pirate101. Honestly, it looks pretty cool. I mean, from the video, they have already have a lot of things developed. You have positions like, buccaneer, swashbuckler, witchdoctor, privateer, and musketeer. You'll gather a crew, fight in combat rather than spells, and ride and control you ship along the seven seas!

Ok, that line was just too cheesy.

So in other words, check out  www.pirate101.com

With over 60 NEW items, our new MooShu themed game card pack is filled to the brim with housing items!

Decorate your Wizard castle with these cool new housing items from the Emperor's Attic Pack! Each pack contains a chance to get new items including the brand new Tag Game!

Just some of the cool new stuff in the Emperor's Attic Pack!

Ok, well that's it for now.


Inscribed by Talon Thunderblade at 9:20 AM